How a Warm-Up Routine Can Save Your Knees 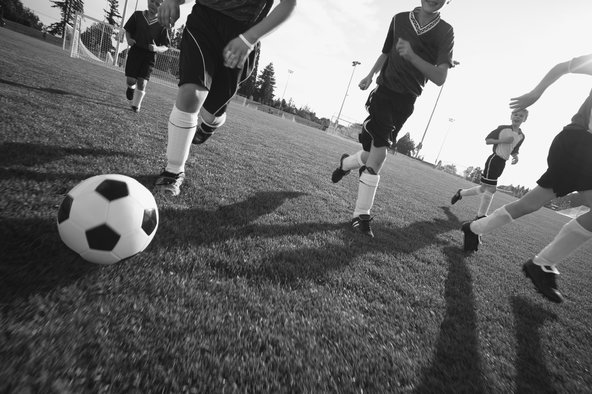 Rupturing an anterior cruciate ligament in the knee is a nightmare. As the parent of a teenage son who is seven months out from A.C.L. reconstruction surgery, I can attest to the physical and psychological toll it can take, not to mention the medical bills. But a practical new study suggests that changing how sports teams warm up before practices and games could substantially lower the risk that athletes will hurt a knee, at a cost of barely a dollar per player.
Injuries to the A.C.L., which connects the tibia and femur and stabilizes the knee joint, are soaring, with an estimated 150,000 cases a year. The ligament is prone to tearing if the knee shears sideways during hard, awkward landings or abrupt shifts in direction – the kind of movements that are especially common in sports like basketball, football, soccer, volleyball and skiing.
Motivated by the growing occurrence of these knee injuries, many researchers have been working in recent years to develop training programs to reduce their number. These programs, formally known as neuromuscular training, use a series of exercises to teach athletes how to land, cut, shift directions, plant their legs, and otherwise move during play so that they are less likely to injure themselves. Studies have found that the programs can reduce the number of A.C.L. tears per season by 50 percent or more, particularly among girls, who tear their A.C.L.s at a higher rate than boys do (although, numerically, far more boys are affected).
But to date, few leagues, high schools or teams across the country have instituted neuromuscular training. That puzzled Dr. Eric Swart, a resident in orthopedic surgery at Columbia University.
Wondering what might motivate coaches and other interested parties to take up A.C.L. injury-prevention programs, Dr. Swart and his colleagues settled on naked self-interest. They set out to see what the financial savings involved in undertaking — or resisting — an A.C.L.-injury prevention program might be.
So, for a study presented last Friday at the American Academy of Orthopedic Surgeons annual meeting in New Orleans, he and his colleagues gathered recent clinical trials related to neuromuscular training and used them to create a model of what would happen in a hypothetical sports league composed of male and female athletes, ages 14 to 22, if they did or did not practice neuromuscular training. The researchers then began running the monetary numbers.
They first determined that, not surprisingly, the medical costs associated with a single A.C.L. tear are staggering, with the estimated price for reconstructive surgery and rehabilitation averaging $15,000. If the incidence of A.C.L. tears is about 3 percent among athletes not practicing neuromuscular training, as the clinical trials showed, then, the researchers concluded, the cost of these injuries per player was quite high.
“In our model, it worked out to something like $500 per player,” Dr. Swart said. “Imagine if people collected that as a fee when kids signed up” for club soccer or basketball.
However, neuromuscular training changed that calculus, he continued, dropping the likely incidence of the injuries to about 1.5 percent of the athletes. More important for this study, the cost of the training was negligible, since several of the programs included in the analysis are available free on the Internet and require almost no equipment.
According to the researchers’ calculations, the cost of starting a neuromuscular training program averaged $1.25 per player per year, “which is so much cheaper than visiting an orthopedic surgeon,” said Dr. Swart, an orthopedic surgeon. The cost was the same whether the training was directed at both genders or only at girls.
Those parents and coaches who find that number enticing can begin neuromuscular training with their charges quite easily, Dr. Swart said. “Neuromuscular training is just a better way to warm up,” he said.
Most of the scientifically studied programs consist of about 15 to 20 minutes of exercises including marching, jumping, squatting and side-to-side shuffling that, Dr. Swart said, “help to wake up the brain and nervous system” and get the entire body moving with sharper coordination. The programs also emphasize landing with knees bent and in the proper alignment.
Among the most thoroughly studied neuromuscular training options are thePEP (Prevent Injury, Enhance Performance) program, which was developed by the Santa Monica Sports Medicine Foundation, and the FIFA 11 program, created by the international governing body of soccer. Both programs are free, and coaches need no training to teach them to athletes.
It is important, though, that athletes perform the exercises correctly and in the order prescribed by the programs, Dr. Swart said, to avoid injuries during the training itself. You can find step-by-step, easy-to-follow videos of the workout routines for both the PEP program and the FIFA 11 program on each group’s website. (A sample video from each program can also be viewed below).
Dr. Swart and his colleagues also evaluated the cost-effectiveness of screening young athletes to find those whose biomechanics place them at especially high risk of tearing an A.C.L. and train only them. But the costs of screening were too high to make it practical for youth leagues or high schools.
Instead, Dr. Swart said, universal neuromuscular training for athletes involved in high-risk sports seemed to be cost-effective and to significantly reduce the chance that you will be visiting his office this season.